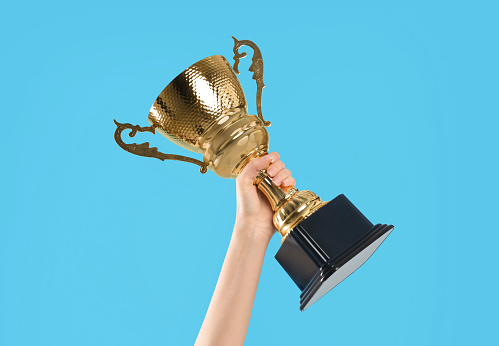 “I just want my kid to be successful.”

Having already discussed the underlying issues with these types of statements, I think you can quickly diagnosis the issue with this thought – it is largely dependent on how you or a parent defines “success” in the lives of your family and children. Just as we saw that “more” should look different for the Christian family, the same holds true for “success.”

How you define “success” as a parent will substantially affect the way you go about dealing with much of your child’s experiences in life. In fact, I believe that getting this right has the potential to be a game changer for your child(ren). And so, as parents, we must understand how God defines “success” and use that definition with our kids in every situation instead of the one they are hearing from other sources.

Unfortunately, parents, for the most part, adopt this same definition and it becomes their lens through which they see their parenting and their children’s accomplishments. And because of this, they will do anything in their power to ensure a “successful” outcome for their child – even if it takes manipulating circumstances or people, or seeking an unfair advantage for their kid. Some will even lie, cheat, or steal, just to ensure their child’s “success.” Let’s be honest. How many times have we as parents been tempted to “fudge the truth” a little (or a lot) about our children to help them seem more “successful” to others? How many times have we tried to keep up the appearance of positive outcomes in our family so that others think we are successful?

When we do this, we show that we either haven’t realized that God defines success much differently, or we have chosen to follow the world’s definition of success instead of God’s.

The reality is that God defines success incredibly differently. So differently, in fact, that sometimes an outcome that looks like failure is actually success in his eyes!

Don’t believe me? Check out Hebrews 11, and be sure to read all the way through!

Hebrews 11 is called the “Faith Hall of Fame” or the “Hall of Faith” for good reason. In it, the write of Hebrews recounts many people in the history of Israel that have shown themselves faithful. When you hear “faithful,” you could just as easily think “successful.” For God, success, as you probably know, is measured in how faithful a person is to Him.

In this chapter of Hebrews you’ll find the well-known characters of Noah, Moses, Abraham, Gideon, Samson, and David, and some lesser knowns such as Barak and Jephthah. We know their names and stories because of the great things they accomplished while on this earth. Verse 33 says that they “through faith conquered kingdoms, administered justice, and gained what was promised.” So, for them, their outcome was successful.

But you can’t stop there. Beginning in verse 35, we read about another group of people. These were “others” who were “tortured… faced jeers and flogging, and even chains and imprisonment. They were put to death by stoning; they were sawed in two; they were killed by the sword… They wondered in deserts and mountains, living in caves and in holes in the ground.” Their outcomes don’t seem too successful do they?

But the writer of Hebrews says that “these were all commended for their faith,” even though they didn’t receive a “successful” earthly outcome. You see, these others were successful in the eyes of God, because they were faithful to God despite the final outcome.

Parent, don’t fall into the trap of thinking the outcome determines whether or not you are successful. Similarly, don’t think that your child is only successful if he or she achieves the desired outcome he or she is aiming for. In God’s eyes, success is determined by faithfulness within the journey and not the outcome of the journey. Instead of trying to manipulate circumstances and people to get a desired outcome, teach your children that God desires faithfulness within the journey, despite the outcome. Even more, teach them that a failure is not a failure at all if you were faithful to God throughout the journey.

Also, we have to stop pretending that our family’s outcomes are always “successful.” We have to stop manipulating the truth to make ourselves and our families look better in the eyes of others, thinking that this is where success lies. Truthfully, most people see right through it. And even if they don’t, they would probably learn more from us if we shared with them how we are trying to be faithful, and by God’s definition, successful, in the midst of our family’s and children’s “failures.” Scripture doesn’t teach that if we are faithful then God will provide the desired outcome. Scripture teaches that if we are faithful, then we have been successful, despite not having the desired outcome.

If you say, “I want my kid to be successful,” please take the time to define what success really is. Just as important, teach your children to understand what success truly looks like in God’s eyes. Teach them to measure their success in terms of faithfulness along the way instead of in terms of outcome at the end, and be a model of this in your daily life as well.

Need help navigating the campus or connecting with Gateway families or ministries? Our WELCOME MINISTRY can help!